Many people have been attracted to the Religious Society of Friends because of its engagement with the world – taking practical action on concerns such as slavery, criminal justice, poverty, peace, housing, equality and human rights. This strand is central to much contemporary Quakerism. William Penn grounded it in faith: ‘True godliness don’t turn men out of the world, but enables them to live better in it and excites their endeavours to mend it.’

The theme of Quaker Week 2016 is ‘inspired by faith to build a better world’. This special issue of the Friend contains many examples of how Friends have done this – from the work of members of the Friends’ Ambulance Unit (FAU) in the first world war to the personal commitment and sacrifice made by Quakers, today, who witness for peace. It is evident in the political advocacy of Friends locally and nationally. It is at the heart of the work of the Quaker United Nations Office in Geneva. It is expressed in the support given by Friends to visionary leaders, such as the Indian land rights campaigner Rajagapol PV. Quakers also put their faith into action in their careers. Ann Limb is one of thousands of Friends whose work is underpinned by her faith.

This strand, particularly that of nonviolent activism, is an important element in the lives of many Friends – but it is not, I feel, the heart of Quakerism. It is not an end in itself. It is an expression of faith. The central, validating encounter of my Quakerism is not the one I had when witnessing outside the gates of Parc des Expositions at the Eurosatory arms fair or when sitting, sharing a beer, with a Loyalist paramilitary at two in the morning, under the light of the moon, in the middle of the Springmartin estate in Belfast. It is my encounter with the Spirit – a living, not an historical Christ – in the silence of a gathered Meeting for Worship. We are practical mystics. The practice is the fruit. The roots of the tree lie deep in the mystery of the Spirit.

The gospel of John (1:9) tells us: ‘There is a light which lighteth every man that cometh into the world.’ It is universal. It is transformative. It prompts Friends to seek good in themselves and in others. It has been adapted, by some, into the phrase: ‘there is that of God in everyone’. While this is a snappy slogan, it is not enough to just speak the words or put them on posters. They continue to prompt positive action in the world and are the heart of our silent worship. But the words must, if they are to truly resonate with the Spirit, also be a fundamental part of the way Quakers live their lives.

If Friends truly believe there is that of God in everyone then we have a responsibility to bring out the best in people. This can be done in the most everyday relationships and situations. Friends can be active encouragers at home, in the office, the sports ground, the Meeting, the school. Children flourish with encouragement. Everyone grows a little inside under the light of encouragement – a kind thought; a gentle word; a tender expression of thanks. They cost nothing. 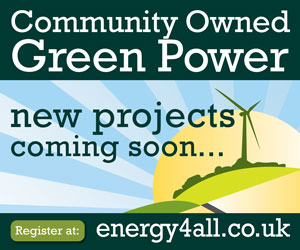