‘Quakers believe that nonviolence is something that needs practice throughout a lifetime.'

Britain Yearly Meeting has welcomed the ban on smacking children, which has become law in Scotland this month. The move makes Scotland the first nation in the UK to outlaw physical punishment of under-16s.

‘This is a positive step for Scotland and for families across Scotland,’ said Elizabeth Allen for Quakers in Scotland, which spoke strongly in favour of the Children (Equal Protection from Assault Bill) (Scotland), when it was passing through the Scottish Parliament.

‘We now all share a collective responsibility to support parents and carers to parent positively as we seek to make Scotland the best place in the world to grow up.’

Speaking in front of the Equality and the Human Rights Committee of the Scottish Parliament, Mairi Campbell-Jack, (then) parliamentary engagement officer for Quakers in Scotland, said: ‘Rather than looking at parents’ rights and children’s rights as being separate, it might be better to include them all in the one group – that of human rights. All humans deserve to be free from violence.’

Quakers have said the ban is an example of ‘transformative justice’, which, by undoing social injustice and building community infrastructure, has the capacity to change the lives of individuals, society and state.

General Meeting for Scotland made a submission in March to the Equalities and Human Rights Committee about the bill, which said: ‘Quakers believe that nonviolence is something that needs… practice throughout a lifetime, and that the grounding for a nonviolent life starts in childhood. We therefore welcome this positive move towards Scotland becoming a more nonviolent nation.

‘However, we also feel that a law alone is not enough, and that to create lasting cultural change education, training, support and compassion needs to be offered to those who struggle to meet the requirements of the bill.’

In January, Wales was the second UK country to ban smacking, to be introduced in 2022. 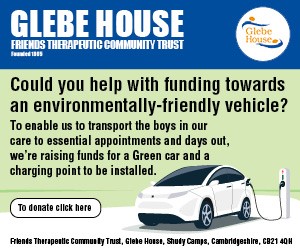