From Old age to Compost and decomposition

In her eloquent and moving article, Adrienne Frazer (25 September) wonders ‘what it is that retired people need that younger people don’t’.

One has to pay people to do what one has always done oneself – for example, cleaning, painting and decorating, perhaps gardening, doing repairs that would once have been DIY.

The day comes when one cannot get into the bath, so expensive alterations ensue, if possible. Also, the stairs become too difficult, so a stairlift becomes necessary.

In the widespread absence of appropriate public transport, journeys that were once blithely taken on foot or bicycle require taxis.

Many older people have chronic ailments which necessitate regular long journeys to major hospitals to see the consultant. Hospital parking charges are high.

Old eyes deteriorate steadily and many pensioners need two or three pairs of glasses. Every annual checkup seems to bring changed prescriptions and often new lenses can’t be put into current frames. For a married couple, who do not receive the equivalent of two single pensions, this can easily add up to about £1,000, meaning they have to take turns, so one or the other has incorrect glasses for a year.

The NHS does not provide all the extra aids required to keep old people clean, decent and mobile, and these are often recurring costs.

Decreased activity and greater vulnerability to heart problems mean more has to be spent on heating.

Finally, a small suggestion: we cut our own hair with scissors, but I suppose a higher standard is required for interviews. I wonder if Adrienne could manage to invest in an electric hair trimmer. This would save quite a lot and perhaps save Bella from having to be rehomed.

Also, you can grow quite a lot of food in containers if a garden is not available.

This comes with understanding and deep commiseration in Adrienne’s frightening situation. We wish her well.

I found it slightly weird that the article (25 September) focused on Universal Basic Income when writing about Quaker radicalism in 1918.

Nearly all of the Friends who led Quaker resistance to the first world war were much more interested in ending capitalism than more financial aid from the same state they had struggled against.

These Friends confronted not only the military but every aspect of militarism within British society.

For these war resisters capitalism was the seed from which the roots of war sprang. They saw the market system as stopping the spiritual development of all humans as it turned them into objects for profit instead of beings of the light.

The Quaker resisters said such structures should not be reformed but destroyed. Its replacement would be an economy where the means of production would be democratically controlled by workers freed from capitalist alienation.

They were not isolated dreamers but part of a movement of millions who for almost a decade had been striking for a new world that in 1918 seemed close at hand. This was not just an external struggle but also one against the near universal anti-trade union paternalism of Quaker employers. These controlling bosses offered the workers some leisure but not liberty.

The Quaker war resisters’ critique of paternalism extended to state aid which was at best fine but not freedom.

Their radicalism seems to have been erased from popular Quaker history. So I ask only let us not forget these Quaker radicals when we look to our history to inspire our witness today. 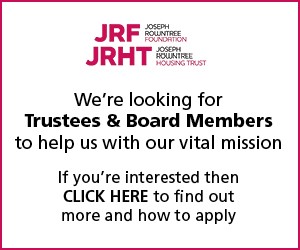