From an advance decision to names and titles addressed

Over the past month there have been letters around end-of-life (EOL) issues. In some cases, a doctor asking the life and death question will give the patient the confidence that it’s OK to explain how they feel, rather than feeling coerced to do what society may think is right. If doctors are asking women if they wish to continue with a pregnancy, then perhaps what the doctors need is the time to work better with their patients and better training to make sure their approach is more appropriate, for this as well as EOL issues.

I understand that considering the issue of assisted death (AD) has brought about discussion and greater understanding of palliative care – its benefits and limitations. AD has not been a cause of less palliative care.

I also need to emphasise that supporters of legally-assisted death rarely, if ever, think in terms of care costs. That is never part of our argument and I hope it never will be. AD should also not be conflated with population issues: a completely different approach is needed for that, like family spacing.

People seem to forget that doctors face the issue of care and death on a daily basis. Doctors also treat with consent. Some people would prefer that the doctor routinely asks whether further treatment is wanted. Others already say ‘no more’ when they have had enough. There is then the dilemma of how to prevent suffering, without actually breaking the law.

If AD was allowed, both patients and doctors would benefit: the patient will know their wishes will be fulfilled and the doctors will know that they will not end up in court. I won’t attempt to discuss the safeguards that need to be in place to prevent coercion. Other countries have shown through legislation how this can be managed well.

The key to making sure that a doctor has some idea about your wishes is to prepare an advance decision. These are not a death warrant, but a statement thought out in good time, about the level of care you would wish to have in certain circumstances. If more people did this, then doctors would have good information about their patient, and probably be able to ask questions in the way the patient needs. I’d recommend AD Assistance: https://adassistance.org.uk/

Thanks to Bonnie Gibberd for her excellent article on racial justice (26 June). Our Friend speaks my mind. Certainly, we live in an unequal society. Certainly, attitudes appear to be shifting. Certainly, we need to act. I agree with Meg Maslin that ‘Personality, sex, race, culture and experience are God’s gifts. We need one another and differences shared become enrichments, not reasons to be afraid, to dominate, to condemn’ (Quaker faith & practice 23.33). Self and other, black and white, we all need each other. And that requires real work.

Mahala Ashley Dickerson, a black American lawyer, was a Quaker convert and wrote movingly about silent worship – but also about the casual racism she suffered from some white Quakers. Bonnie is right when she calls for us to inform and educate ourselves, a constant process, a process that will transform us. I read James Baldwin’s brilliant The Fire Next Time in the wake of George Floyd’s death, and these words, addressed to Baldwin’s nephew, struck me particularly: ‘The really terrible thing, old buddy, is that you must accept them [white people]… You must… accept them with love. For these innocent people have no other hope… trapped in a history which they do not understand…’ I’m constantly humbled that, in my dealings with BAME brothers and sisters, the vast majority of my experiences, as a white male Briton, are overwhelmingly positive and accepting.

Change is unfamiliar, challenging and draining, but also exciting, cleansing, transformative. Our brothers and sisters are waiting, Friends: are we ready? 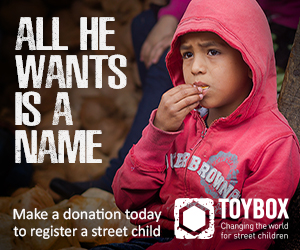