From rebels' facade to making a choice

I was disturbed by the adulatory and uncritical interview with Ian Bray (20 & 27 December 2019) and decided Quakerism as espoused by Quakers UK no longer speaks to me. The influence of paganism and druidism on his thinking (I question what they are doing in a Quaker Meeting) suggests he is influenced by the pseudo-mystical nonsense that professional archaeologists often have to combat.

Extinction Rebellion has developed from the anti-capitalist organisations Rising Up! and Compassionate Revolution Ltd. While it may be seen to have been successful in forcing an acknowledgement of and promises on the climate emergency from the government it is not interested in advising ministers on how to achieve zero emissions within our system of parliamentary democracy and an industrial society which, though far from perfect, ensures the vast majority of this country are adequately fed and housed and have a role in society.

The agenda beyond the climate campaigning facade of Extinction Rebellion can been seen in their social media and is that of overthrowing the current economic system. The Centre for Alternative Technology and Citizens’ Climate Lobby (campaigning for a carbon fee and dividend system of carbon pricing or ‘climate income’) have shown reaching zero emissions can be done with existing technologies. Extinction Rebellion seems to prefer to encourage the belief that only the destruction of the free-market economy and return to a pre-industrial utopia will achieve that goal (whether it will feed the population or not). Labour’s John McDonnell has praised the approach of Extinction Rebellion whilst failing to see that it doesn’t endorse his approach of a sustainable but growing economy!

Thank you, Alison Leonard (3 January 2020), for your beautiful ‘Thought for the week’ calling to our better nature. This chimes with my hope that we can follow the example of Jesus.

Yes, the time for concentrating our energies on pursuing growth is over apart from the pursuit of growth of wellbeing for the planet and its inhabitants. The more I learn about trees the more I am inspired by their cooperation and communication aimed at unselfishly achieving the good of all trees. Theirs is a good example we would do well to learn from.

Your final words are worth repeating – return to the old mantras, community, courage, love and care. Be faithful. Thank you again, Alison; these values are why I’m a Quaker. 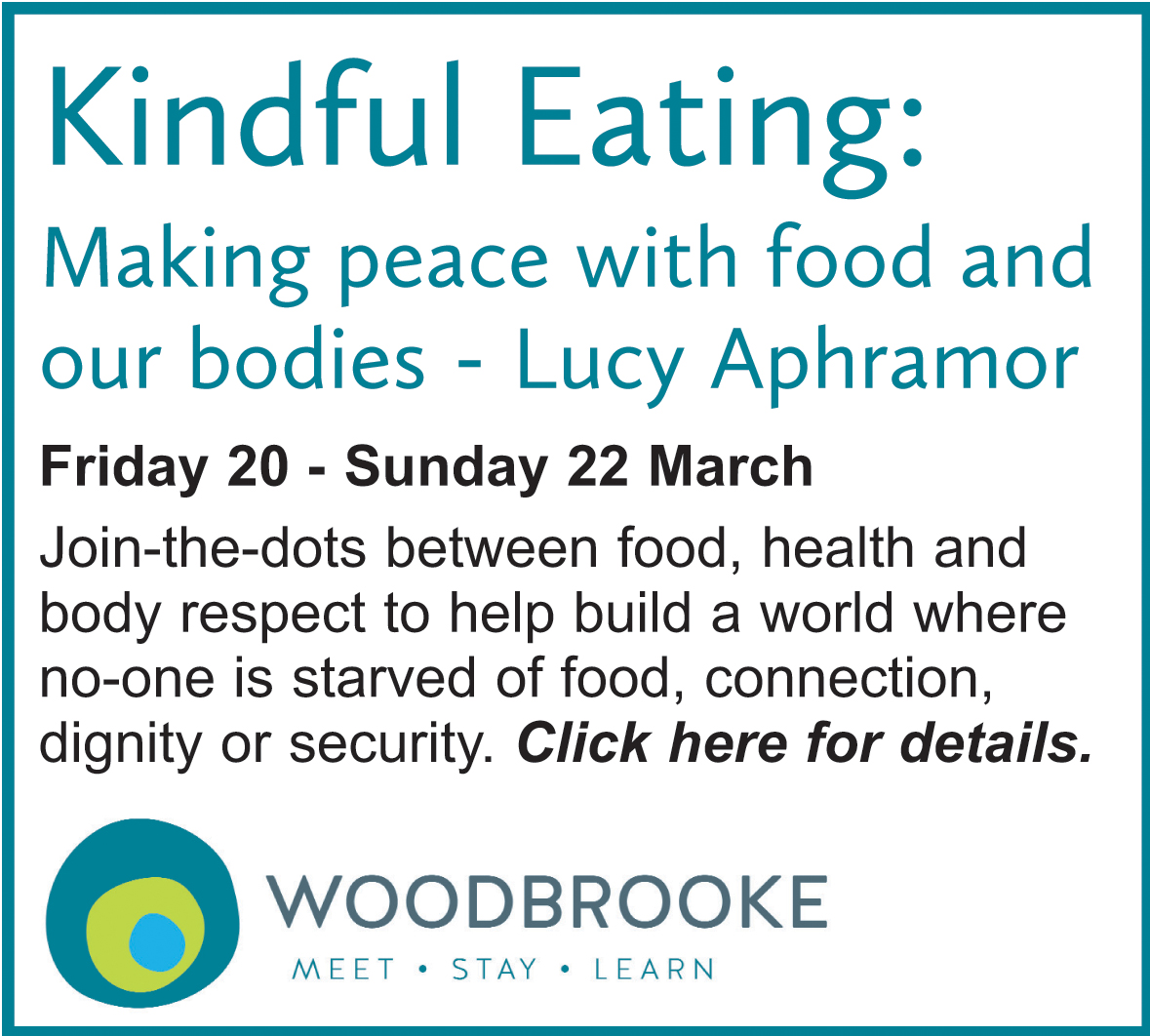