From Stance against racism to As others see us

Tony Stoller (July 30) complains that Quakers were largely silent when shouts of ‘Kill the Jews, rape their daughters’ were heard and also maybe ‘some Quakers feel that Jews in Britain deserve what they are getting’. I find this a shocking and totally untrue statement. It seems to be based on the fact that no statement has been put out opposing antisemitism or antisemitic behaviour. Quakers cannot put out a statement every time there are instances of any type of racist behaviour including antisemitic ones.

The reason why a statement was made criticising the activities of the Israeli government was based on our long experience of work in the Middle East, especially in the occupied Palestinian territories, so we are speaking from first-hand knowledge of what is going on there. The firm stance of Quakers against racism of any form including antisemitism is a key part of the present Yearly Meeting Gathering and is reinforced in countless statements and reports.

With reference to the book review in the Friend of 30 July and the letter in the Friend of 6 August, I would agree that there are ugly incidents of antisemitism in society and that as Friends we need to pay attention. However, I do not agree with the gratuitous comment in the review, which so disfigured the Labour Party in the Corbyn years.

There was antisemitism in the Labour Party but it was no more than in society as a whole. Indeed the majority of the comments on social media were found not to be from Labour Party members at all.

On this issue, people should look at the statements from Jewish Voice for Labour. Many of those accused of antisemitism were actually condemning Israel for its oppression of the Palestinians. If we condemn Israel for its acts of ethnic cleansing, its relentless house demolitions, the nation state law, the building of the wall (illegal under international law), the settlements (again illegal under international law) and opposition to the right of return to Palestinians displaced in 1948 and 1967, we are not antisemitic.

The International Holocaust Remembrance Alliance working definition of antisemitism also widens the definition to go beyond its meaning of hostility and discrimination towards Jews. 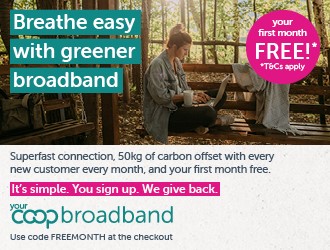