From Prescient programmes to Conscience

After listening to the online launch of Jeremy Corbyn’s Project for Peace and Justice on Sunday 18 January, two BBC World Service radio programmes within twenty-four hours resonated with me.

In The Climate Question episode ‘Does Africa have a voice on climate?’ young woman activist Vanessa Nakate made it obvious that even within progressive campaigning organisations it is essential that all voices can be heard. That means especially from folk whose views may have been rarely sought, such as young black women or in my case old people with hidden neurological disabilities like dyspraxia, which may not even have been formally recognised.

Listening to the The Forum documentary ‘Olympe de Gouges: France’s forgotten revolutionary heroine’ reinforced those points and additionally caused me to think that inclusiveness really does mean considering and engaging in a personally respectful way to the views of all people, including aristocrats and those who are already in positions of influence and power.

Additionally I wondered whether Olympe de Gouges may herself have had a hidden neurological disability like dyspraxia. Her difficulty in communicating by writing – presumably legibly – was mentioned, as well as her difficulty in keeping up and managing her own thinking.

Meanwhile I think Jeremy Corbyn’s way of doing things asserts that nobody is to be personally denigrated for who they are, though what they say and posit should stand up to challenge and scrutiny. It does the causes he represents no good if those who agree with his ideas go on to publicly belittle opponents in ways that are personally derogatory.

That saddens me greatly because I believe it is counter-productive and prompts people to disregard arguments and instead to just to respond with yet more repulsive personal remarks and expletives.

We breathed a huge sigh of relief, when Joe Biden was elected. It meant that the coarseness and disrespect to the office of US president would end. Yet it was disappointing to see three recently released books, advertised on the inside cover of the Friend (22 January), with suggestions that they may be purchased through the Friend for our Meeting houses. The three authors in question sadly do not have a good record on peaceful governance.

Joe Biden is credited with ensuring support through the Senate for the 2003 invasion of Iraq. We are aware of the horrors that were inflicted on the people as a result, and the millions of children who died from the sanctions imposed, the invasion itself, and the aftermath of disease and cancers suffered from depleted uranium.

Bernie Saunders was the only one who sought to decrease the military budget in the US, when people in the world are starving. Kamala Harris is on record saying North Korea and Venezuela need regime change by military means, as she says the talking is over.

Barack Obama has a cruel record on deportation of immigrants back to extremely dangerous parts of the world. After he had been awarded the Nobel Peace Prize, he went on to send troops to Afghanistan, where the invasion still rages to this day.

The US refuses to sign the treaty against nuclear weapons. The US power block supports the industrial arms dealing complex. There is no call from Republicans or Democrats for meaningful peaceful negotiation, except for a few individuals on both sides.

There are other books written by people in the USA who do not have the wealth or the connections to promote their books, for example Linda Sarsour’s wonderful book We Are Not Here to Be Bystanders. These writers try their utmost to tell the truth from a civic leader’s perspective.

Our Peace Testimony calls on us to support the idea of no excuse or justification for war.

Thanking you for your wonderful Friend. We look forward to receiving it each week in Dublin, and even more so now in Covid times. It is astounding that you have managed against all the odds to produce it. 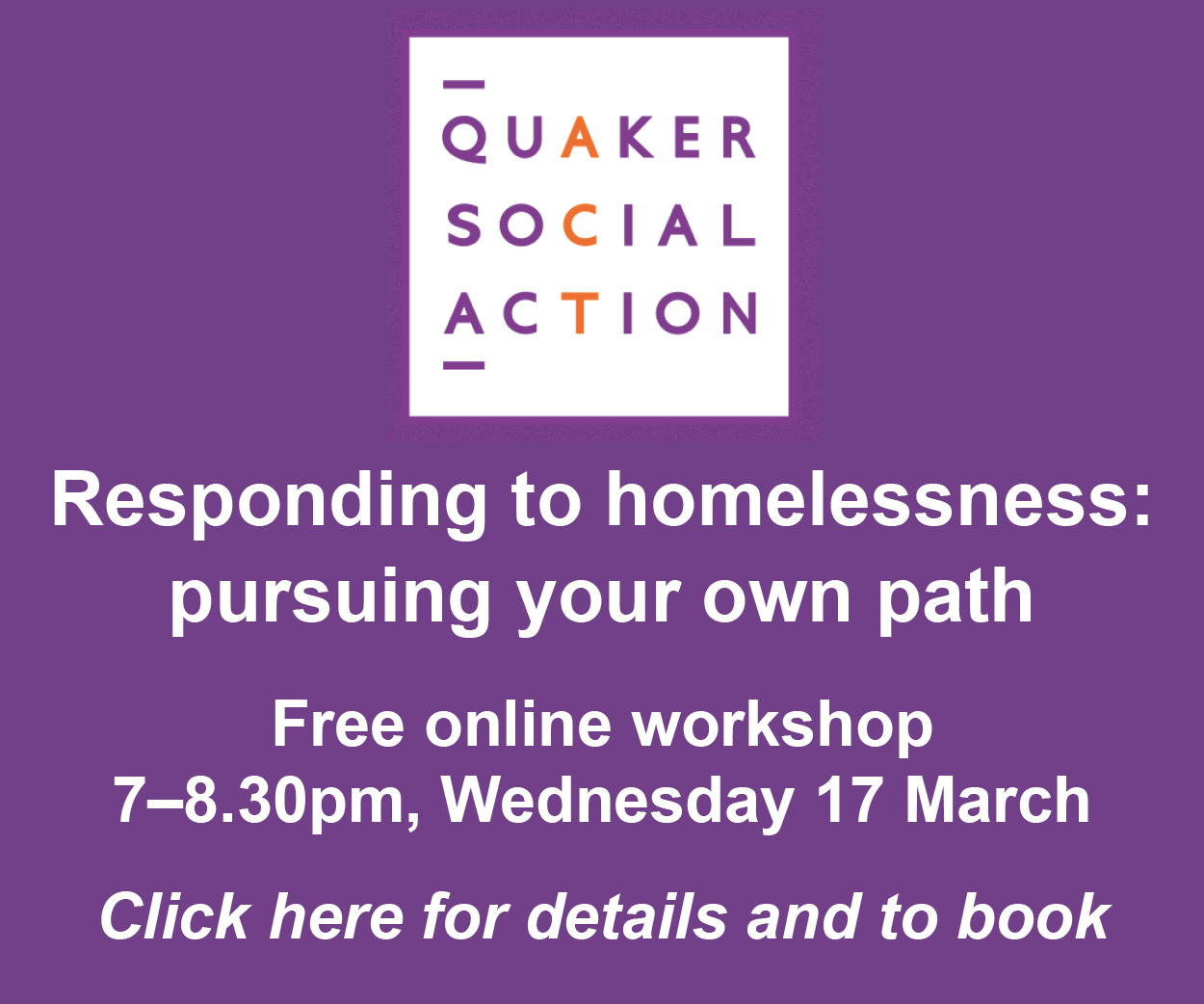