From Gender and sex to Agenda setting

Sex cannot be objectively defined, discretely measured, nor is it a static non-changing factor. In the world of biology, it is nearly impossible to get a single definition of ‘biological sex’, and even harder to pin down any single determining factor of sex. This is because the human body is extremely complex. For example, a person may have genitalia attributed to the female sex, but have the chromosomal makeup of the male sex. Thus, in order to stick to biology, I would encourage Friends to research the topic so that the false ideas, such as the idea that sex is binary, can be at least be stamped out of Quaker circles and so that our Religious Society can efficiently progress with the rest of modern society.

Secondly, it is a large misconception that the words ‘gender’ and ‘sex’ have ever been synonymous. Before 1945, the word ‘gender’ only referred to grammatical categories. In 1945, Madison Bentley defined gender as the ‘socialised obverse of sex’, and from then on the word has been used in discourse on gender in this way. Gender is also quite reliant on culture, and appears very differently in cultures across the world. The idea of gender being synonymous with a definition of sex that is either male or female is a very outdated, Western view, that does not fit many cultures’ view on gender, such as the fa’afafine of Samoa.

I believe, as a non-binary person, that it is not enough to simply acknowledge and affirm the trans, non-binary and gender non-conforming Friends in our communities, as while this is a very good step, it feels like the issue has been treated as a tick-box exercise. We, as a Religious Society, have not yet reached a place in which we can honestly say that every single trans, non-binary and gender non-conforming Friend feels like they can openly live as their true selves in the Quaker community. Until we have reached that point, we cannot tick that box.

British opinion, led by Friends and others, was instrumental in exposing the ‘red rubber’ scandal in Congo which resulted in Leopold II ceding power in 1908. Elizabeth Coleman’s excellent article (10 September) draws attention to the similar scandal which is still poisoning this unhappy country.

Some of us – in the UK and in the Democratic Republic of Congo – have joined together as the Congo Minerals Campaign and we would be happy to hear from Friends with concern or experience in this field. 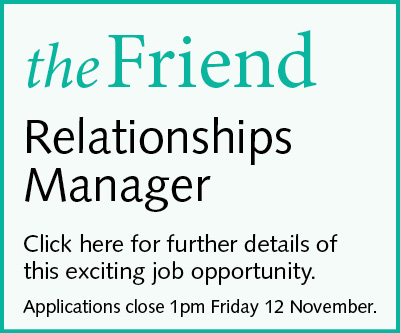