‘You can’t offset mature trees that have been around for over a hundred years with a few hundred saplings.' (Councillor Andrew Cooper)

A campaign including Huddersfield Quakers featured on ITV news last week after supporters gathered to protest against council plans to widen one of West Yorkshire’s most congested routes.

Despite the council’s claims that the move to widen the A629 Halifax Road at Edgerton will create hundreds of jobs, reduce congestion and improve journey times, the Save Greenhead Trees campaigners say that 126 mature trees will be felled in the process. They also say that the road-widening scheme reneges on the council’s climate emergency motion and fails to consider the changes in commuting caused by the Covid-19 pandemic.

Councillor Naheed Mather, cabinet member for Greener Kirklees, said that the majority of trees being removed will be replaced in ‘new property boundaries’. ‘We will also be offsetting the loss of the original trees by creating a significant new woodland, planting in total over 700 new and more mature trees, improving existing wildlife habitats, as well as making biodiversity improvements.’

However, councillor Andrew Cooper said in an ITV news clip: ‘You can’t offset mature trees that have been around for over a hundred years with a few hundred saplings – anyway this is our heritage that we are losing here, not just our environment.’

The £12.9 million project unveiled in 2018 has long been controversial since some residents say they face losing parts of their garden, with journey times only improved by two minutes.

Huddersfield Quakers tweeted earlier in the day: ‘Great to see the @KirkleesTrees campaign will be on #ITV Calendar news this evening. In a #ClimateEmergency government at all levels needs to suspend all new road schemes and divert the £Ms saved into supporting #ActiveTravel #Walking #Cycling.’

Another campaigner, Chrissie Parker, tweeted: ‘This project has to be stopped, the cost alone is horrific, and we have a new way of working now, there will be less cars, staggered working hours.’

The campaign group had planned a larger gathering but had to call off a protest walk after police warnings that the likely numbers would breach Covid-19 regulations incurring a £10,000 fine.

Speaking at a council meeting on 1 September, councillor Andrew Cooper said it was ‘essential’ to ‘re-evaluate the scheme… now that traffic and commuting patterns have changed so radically’. 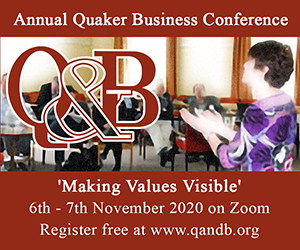