Lebanon is in a state of collapse: our job as educators is to provide a beacon of light and rebuild…

The principal of the Quaker Brummana High School in Lebanon has described how students supported the community after the devastating explosion in Beirut last month left thousands injured and hundreds dead.

David Gray, principal at the private day and boarding school, told the Friend that amid the devastation there had been ‘heartwarming’ stories of pupils assisting immediately after the explosion. ‘Lots of our older students went into Beirut to help with the rescue and clean-up operations. Girls and boys became women and men overnight. At school, the student council turned the playground into a massive centre for donations of food, clothing and other essentials for those who had been made homeless or impoverished by the blast. Members of the school and local communities brought their donations to the school after we had advertised and promoted our food drive for the poor. The student council had connected with various NGOs. Parents and others would arrive at school each day in cars to collect food parcels and clothing and other items which Brummana High School students had collected, sorted and packed for delivery to the NGOs in Beirut. They also raised substantial sums of money for the Lebanese Red Cross. They worked tirelessly and learned just how much can be done for others in a time of crisis. This is a lesson which those who participated will carry throughout their lives.’

Brummana High School, situated on Mount Lebanon overlooking Beirut, was unscathed by the explosion although the school felt the blast ‘like a major earthquake’, said David Gray. ‘Miraculously no staff or students were injured, but many parents have lost their shops or businesses or employment and here there is no soft landing to cushion the blow. If you lose, you lose everything; there is no compensation.

‘There is little doubt that Lebanon faces very hard times ahead,’ he said. ‘Before the explosion occurred there was over fifty per cent poverty and thirty-five per cent unemployment in the country, with terrible levels of deprivation caused by the collapse of the currency and hyperinflation in the shops. The awful explosion in Beirut on 4 August and its devastating aftermath were the last thing that the suffering Lebanese people needed.’

According to the principal, more than 300,000 people have lost their homes, with at least 200 deaths. The school has a giving page on its website, where donations go to provide education at Brummana High School for children whose futures are now threatened.

David Gray added: ‘We live in hope, however, and shall not give up. Lebanon is in a state of collapse: our job as educators is to provide a beacon of light and rebuild… We begin teaching again, amidst growing numbers of cases of coronavirus, online, on 8 September.’ 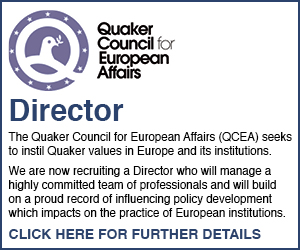