From Assumptions to think about to Nice value

Assumptions to think about

I am lucky enough to now have enough spare money to be able to choose to support the new local greengrocer, who is one of the few ‘real’ shops in my area.But for many locally, paying the extra charges compared to the supermarket would mean not enough food could be bought that week. At one point, I had to change my gas and electric supplier to a less ethical company as I couldn’t afford to be paying the extra they charged, and that was when I rarely had my heating on, to save money.

Remember Chris Alton’s Swarthmore Lecture where he spoke about zero-hours contracts and how it didn’t leave enough to pay the rent and bills, and the constant worry and stress it caused?

Please Friends, remember that the financially disadvantaged are not just out there as ‘others’ but may well be among your Meeting too. I know someone who was interested in attending her local Meeting (pre-Covid), but who didn’t because she couldn’t afford money to go in a collection every week. Others won’t apply for membership as they feel they would then have to contribute financially which they just cannot afford. In normal times, it’s often expected that all Friends will contribute food, not just for a bring and share but also for Area Meeting teas, coffee mornings and so on. For some it may be that if they contribute, they don’t have enough to eat at home, or what they can afford is seen as ‘not what we normally expect’.

If you are struggling financially, it’s very hard to say ‘I cannot afford to put in the collection’ or ‘I can’t bring anything for the Area Meeting’. And if you are working a low-paid, zero-hours contract, you can’t commit to attending anything as you may be asked to work at any point and that has to be the priority.

Those of you who are lucky enough to be financially comfortable, please do continue to be ethical, and also consider raising your contributions to help cover for those who can’t. With the discussion about whether Friends should Gift Aid, think how soul destroying it is to be pushed to donate it back when your income is below tax level and you have to admit that. Please think about the assumptions you make and how damaging they can be for others. I suspect that one reason we fail to reach many of the population is that we are seen individually as financially privileged and that is very off-putting when you aren’t.

The 2020 Yearly Meeting highlighted the difficulty presented by the way we are writing testimonies. Despite the introduction to them explaining their purpose, many are turning into obituaries rather than recording the thankfulness to the power of divine grace in human life.

Over the years it has been apparent the writers of the testimonies have often put in people’s qualifications and where they got them, who their relatives were, instead of concentrating on a person’s spiritual life. Many of them chart the whole of a person’s life. I suppose I am particularly sensitive to this having once engaged in a teambuilding exercise for staff and board members of a charity for people with learning disabilities. We were asked by the facilitators to describe ourselves and, on going round the group, for some bizarre reason, we thought it was a good idea to talk about our degrees and other qualifications. Within the group were people with learning disabilities, who were also part of the management board of the charity. They did not have a string of qualifications but despite this were an integral and valuable part of running the organisation. This example has stuck with me as a way of creating barriers in a particularly insensitive way.

We are surely creating similar barriers with our testimonies. Some of them describe lives of immense privilege, perhaps emphasising this over their undoubted spiritual depth. I can imagine someone outside Friends reading them and concluding they would not want to join such an intellectual and privileged faith.

I personally was inspired by the testimony to Rachel Smith beautifully written by Chichester Friends. Do we need to produce clearer guidelines? How do we go about changing the way we write testimonies to be more inclusive and more focused? 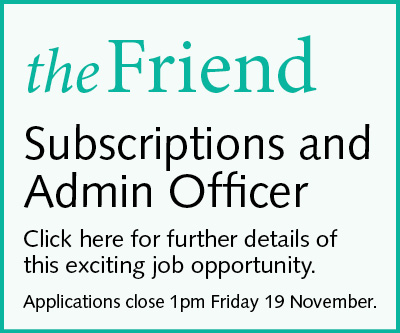