From an ambitious project to physical proximity

I was interested to read the review of Michael Wright’s Jesus Today in the Friend (19 June). The author is attempting an ambitious project – to describe the essence of Quakerism as he experiences it in England today and going back to George Fox; to describe the essence of the life and teaching of Jesus; and to explain why he would encourage Quakers to take more interest in Jesus. He gives brief summaries of biblical scholarship and modern theologians’ thinking on the nature of God, to show that there are ways of looking at the Bible quite different from traditional church teaching.

He rejects the idea of Jesus’ mission being to die for our sins, by quoting the theologian John Spong who explains that, if you accept evolution and no longer believe literally in the Genesis story of Adam and Eve, then there is no original sin, and no need for anyone to die for our sins.

Michael Wright finds that those Quakers who are interested in Jesus tend to see him as a wise teacher and perhaps a guide and comforter in difficult times. When he describes Quakerism as he experiences it, he sees that Quakers have very different views of what is happening when we meet in silence, and questions why we continue to call it ‘Meeting for Worship’. He concludes that ‘Quakers are largely very attached to traditional names for roles or activities which have long outlived their original designation’. But when he attends Meeting for Worship, he may feel a power of love drawing people together, and may feel leadings.

Our business meetings work, though we have different views of what is going on, some seeing it as a process of seeking the will of God, others as following the promptings of love and truth.

It is Michael Wright’s view that you do not need to have a traditional belief in God as creator and father to find much of interest and value in Jesus’s teaching. He says that it is possible to engage with Jesus in ways that are modern, relevant and spiritual, and urges us to join him in this. To quote Advices and queries: ‘How does Jesus speak to you today?’

In the past year there have been at least three articles in the Friend about the historical Jesus.

In 1941 the BBC asked Dorothy L Sayers to write a cycle of religious plays for BBC Radio. This project met with some abject criticism before anyone had read or heard the plays.

When The Man Born to be King was ultimately broadcast, it was recognised as being excellent. The gospels were followed fairly accurately and the life of Jesus was portrayed realistically. Most of the critics did an about turn.

In the 1950s a group at Kingston-on-Thames Meeting did some play-reading.

This required a dozen readers sharing copies of The Man Born to be King. Some of us possessed copies and for the remainder we raided the local libraries.

I believe that those who consider the gospels to be unreliable should study The Man Born to be King and Sayers’ commentaries on the play.

Finally, I am curious whether any Quaker Meeting would attempt this play-reading today. 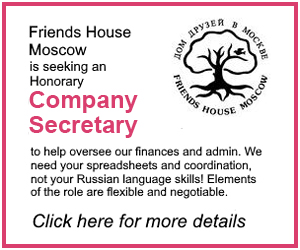