‘In a part of the world that is often painted in different shades of violence, Jean Zaru is a beacon of hope. She is an advocate for dialogue between religions and is, as a lone female church leader in the Middle East, a role model for women’s leadership. During her entire life, Jean Zaru has chosen nonviolence to resist the oppression under which she lives; nonviolence because it exposes and challenges the structural violence on all levels. Nonviolence because it makes the oppressors realise that they, too, are victims of the violence they impart. Nonviolence because Jean Zaru believes in the human being, the entire human being.’

This declaration was made at the announcement of the award of the 2010 Anna Lindh Memorial Fund Prize to Palestinian Quaker Jean Zaru.

On introducing Jean Zaru, the former archbishop of Sweden, KG Hammar, referred to Jean’s life and steadfast work for peace through nonviolent means in Palestine and her home town of Ramallah as being like an olive tree that refused to be uprooted because it belonged in that soil and would bear fruit there. In her acceptance speech, Jean stressed the importance of never giving up, since that in effect meant giving in. In his rounding off address to Jean, Jan Eliasson (a former foreign minister of Sweden) said that security was not to be found behind walls but through and among neighbours. In this context he felt that the important triad of peace – development – human rights formed the cornerstone of Jean’s work.

Jean Zaru told the Friend: ‘My award was given for my consistent struggle to resist violence and oppression in nonviolent ways, the respect for human dignity and human rights. Also my book Occupied with nonviolence, a Palestinian woman speaks was translated to Swedish and the committee told me my work was in the spirit of Anna Lindh.’

The Anna Lindh Memorial Fund primarily supports women and young people who work in the spirit of Anna Lindh (the former foreign minister who was murdered in Sweden on 11 September 2003). They are people who in their daily lives have the courage to fight indifference, prejudice, oppression and injustices in order to promote a good life for all people in an environment marked by respect for human rights.

We will publish extracts from Jean’s acceptance speech next week. 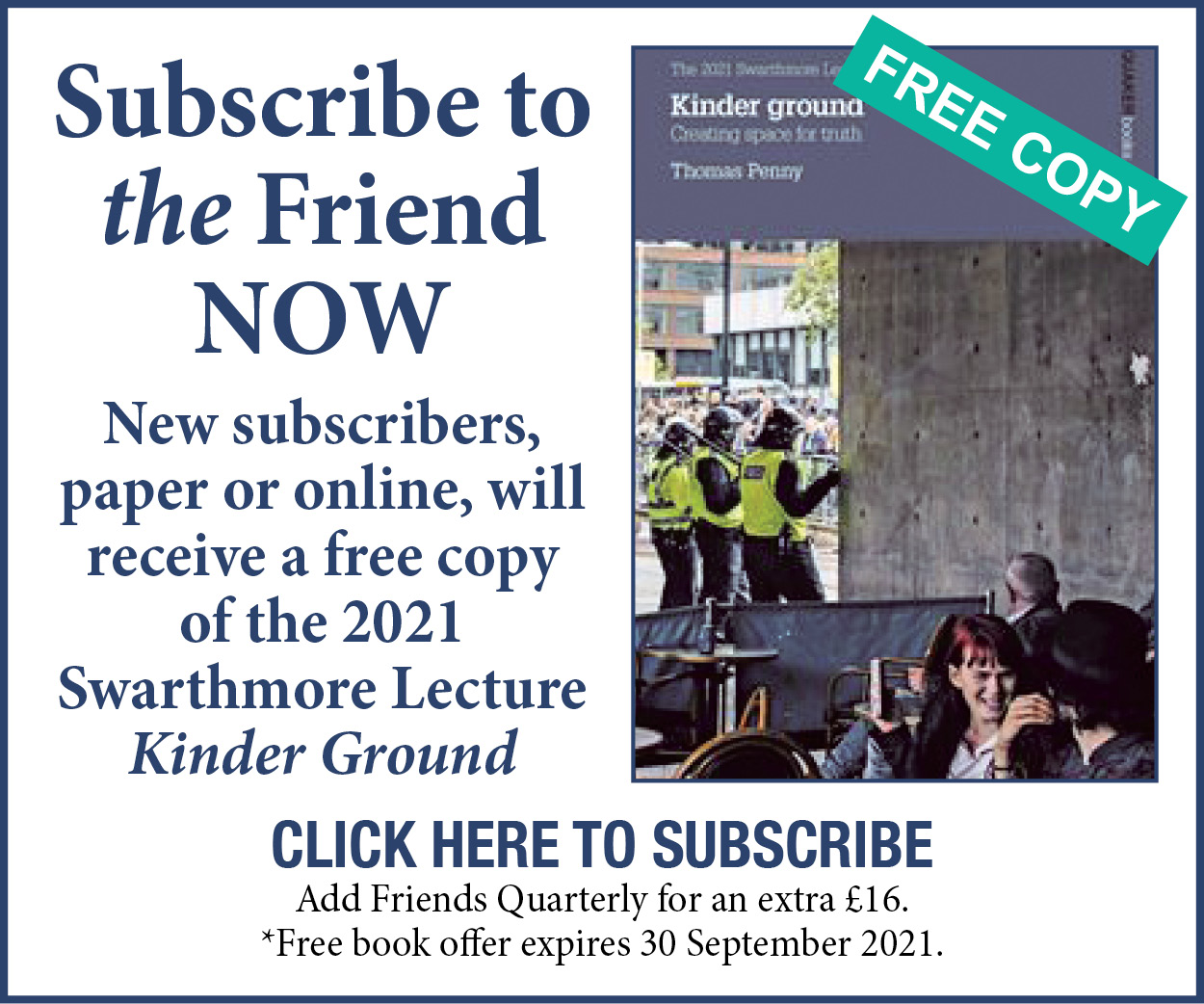